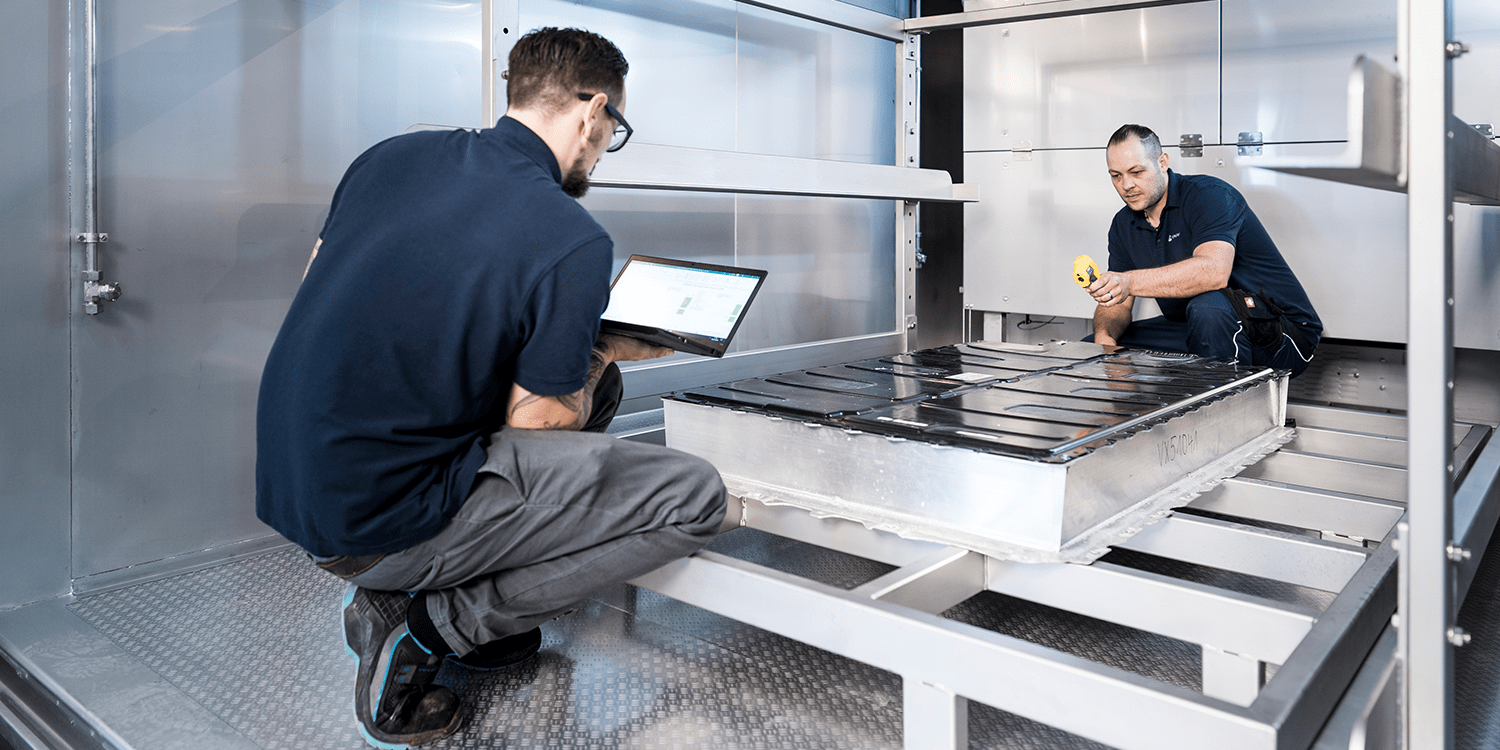 The German technical inspection agency TÜV Rheinland has opened its battery test center in Aachen. The facility is considered the most modern independent test center in Europe. Not only electrical tests and durability simulations can be carried out there, but also safety tests up to the destruction of the battery.

As stated when the project was announced in October 2020, the test center was built in the Dutch-German Avantis innovation park. TÜV Rheinland and its partners have invested 24 million euros in the approximately 2,200 square meter laboratory, according to the announcement. When fully operational, it will employ 25 people.

Traction batteries weighing up to 800 kilograms can be tested in the facility. The maximum dimensions are 2.30 meters long, 1.60 meters wide and 40 centimeters high. According to the TÜV, the energy content of the batteries to be tested can be up to 150 kWh. With this, the test organization sees itself well positioned for future vehicle generations – in most vehicles, the batteries weigh between 300 and 600 kilograms.

This is not independent testing of batteries in used electric cars, but type approval – the type testing of new motor vehicles or, in this case, new motor vehicle components. Batteries installed in new vehicle models must meet different safety standards. This is precisely what TÜV Rheinland wants to be able to test in the installation. These include international standards GTR 20, UN 38.3 and LV 124, American standards SAE J 2224 and SAE J 2029, ECE R100, essential for the EU and Japan, GB 38031 for China, KMVSS for South Korea and AIS-048 for India. UN 38.3 mentioned above, for example, sets requirements for the transport of traction batteries.

Own bunker for battery destruction tests

The tests cover electrical safety and reliability, performance and specific climatic and environmental constraints. Mechanical and durability tests are then carried out before destructive testing. These tests determine the electrical, thermal or mechanical load limits of the battery.

In order to be able to carry out these tests with precision, seven climatic chambers were built during the 18 months of construction, for example, which can simulate temperatures between -60 and +90 degrees Celsius and a humidity of ten to 95%.- It there is also a salt corrosion chamber, a dust test chamber, an agitator to simulate vibrations and shocks as well as a test bench for overpressure water (test chamber according to LV124). On one of the 16 battery test benches, electrical tests as well as lifetime simulation can be carried out. Destructive testing is then carried out in a special bunker facility. The installation, which measures 8x7x8 meters, is designed for drop tests, nail penetration, deep and excessive discharge, pressure, crushing and fire simulation.

In addition to type testing, testing of prototype batteries is also possible, which should support the development – so that the later series product conforms exactly to these standards. This is exactly the kind of development that continues at a rapid pace. “The momentum in the field of electromobility is extremely high. Manufacturers are entering the booming market with more and more new models,” says Michael Fübi, CEO of TÜV Rheinland AG. “Our goal is to help make electromobility safe and at the same time to support innovations with the works at our new location in Heerlen-Aachen.”

“Innovation in electric vehicle batteries is at an all-time high – therefore independent testing capabilities are important,” says Achim Kampker, Chair of Electric Mobility Components Production Engineering (PEM ) at the RWTH University of Aachen when the laboratory was commissioned. “Durability and costs, use and performance of materials, autonomy and recyclability: these are central aspects of battery development. The testing services of the new test center contribute to greater reliability of technologies, but also to marketable innovations.