Maryann J. Taylor
Battery life
Comments Off on How to extend the battery life of an electric vehicle?

How to extend the battery life of an electric vehicle? 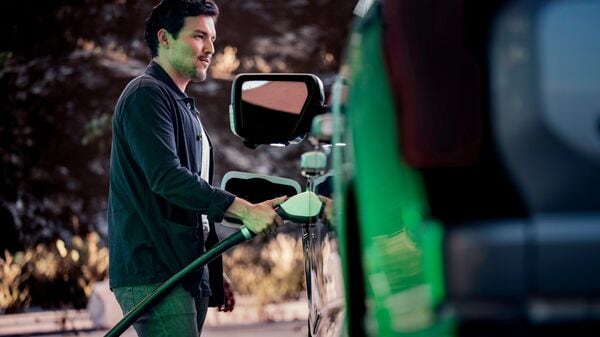 Electric vehicles powered by lithium-ion batteries usually last around 5-7 years easily. The best battery warranty available for any electric vehicle in the world is currently 10 years. However, according to a Tesla co-founder and former chief technology officer of the automotive company JB Straubel, batteries in electric vehicles can last 15 years.

The claim seems a bit of a stretch, but with a few simple precautions and proper maintenance, you can actually have a long life for your electric vehicle. If we follow the recent EV fires that have taken place across India, they mostly happened due to failure to follow some basic guidelines. Following them can also save your money and the vehicle.

Here’s how to extend the life of electric vehicle batteries.

Exposure to extremely high temperatures while the vehicle is parked should be avoided. Many electric vehicle fires occur due to parked vehicles at high temperatures. Electric vehicles are equipped with an automated temperature control system, which drains the batteries to keep the temperature low for optimum efficiency. Automated climate control can only operate when the ignition is on and the vehicle is using battery power. If the mobility device is parked in a hot location and the automated thermal management system is not working, the risk of fire increases.

When EVs are parked for a long time with a fully discharged or fully charged battery, it degrades the battery. Maintaining optimal battery charge is always important for long EV battery life. It’s more like a cell phone battery. Always try to keep the battery charge between 25% and 75%. Also turn off the MCB if you do not use the battery for more than four days.

Recharging the battery of the electric vehicle to the maximum can always be tempting, but for this it is necessary to recharge the battery very frequently. This frequent charging of the battery can degrade its condition and performance faster than usual. Even though a full charge gives the rider the maximum run time, it’s never a good idea for overall battery life.

It is always advisable to use the original charger to charge the battery, provided by the manufacturer of the electric vehicle. A third party EV charger can be tempting to buy from the market as they are often much cheaper and readily available, but using this also increases the risk of EV malfunction and fire.

Do not charge the battery immediately after a ride

Avoid bumping or dropping the battery

Dropping the battery suddenly or dropping it with other objects can displace and damage the internal components of the battery. This can damage the thermal management system inside the battery and increase the risk of fire. In addition, it greatly reduces the battery life and also affects the performance of the electric vehicle.

How to Extend EV Battery Life

Do not charge the battery immediately after a ride

Avoid bumping or dropping the battery