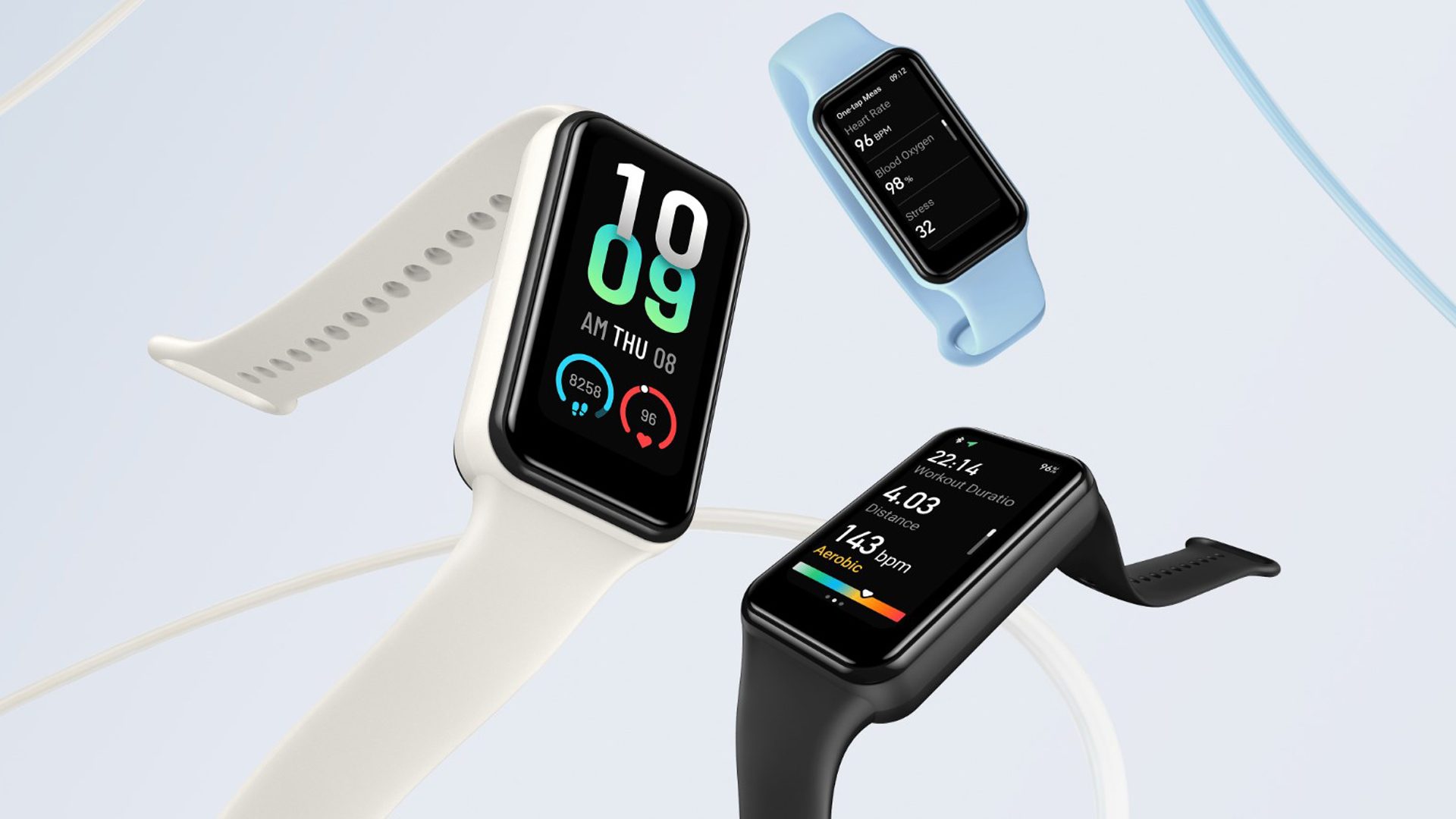 Let’s see the face first. The Amazfit Band 7 has a 1.47-inch AMOLED display supporting always-on mode, which is more than twice the area of ​​the Band 5. Surprisingly, it’s the same size and the same type than on the recently launched Xiaomi Mi Band 7 Pro. The Amazfit Band 7 gets a water resistance rating of 5 ATM.

In terms of health and monitoring functions, the new Band 7 now has 120 sports modes for selection and intelligent detection for up to four activities. It also provides round-the-clock tracking of heart rate, blood oxygen, sleep, and stress levels. Like the Amazfit Bip 3 and Bip 3 Pro, Amazfit’s latest wearable device can also notify users if it detects abnormal heart rate and SpO2 levels before prompting them to perform a breathing exercise.

No GPS, no problem

Compared to the predecessor, the battery life has increased for the Amazfit Band 7. Its 232 mAh battery capacity is designed to last up to 18 days in modest use. Unfortunately, it still doesn’t come with an integrated GPS module. However, users can still include GPS data from their smartphone in their workouts via Bluetooth 5.2. If you’re considering GPS-enabled smartwatches or trackers, you’ll need to opt for the Amazfit Bip 3 Pro.

Finally, the Zepp app is available for Android and iOS. It allows you to customize the band and configure phone notifications. An Amazon Alexa assistant is also present if you want to take advantage of voice commands.

When it comes to pricing, the Amazfit Band 7 sells for $50. It is already available on Amazon in the black variant. The beige color option is not listed, but the tracker does support the 16mm interchangeable band. It is not known whether Amazfit will introduce a Pro model with a dedicated GPS function.